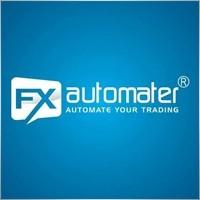 by FXautomater in category Trend at 09/06/2021
Description

WallStreet Forex Robot 3.0 is the best forex robot in the forex market with proven trading logic for the last 11 years. It is the best scalper bot that you can use on your REAL money accounts. It is a robust forex robot and very easy to use and install.

WallStreet Forex Robot was developed in 2010 by Fxautomater team. Since then it has been upgraded and optimized many times. Currently, this EA is in its most successful period, which shows really stable and very good performance, that was gained for the last 11 years of real trading experience. The core trading algorithm of Wallstreet Forex Robot 3.0 is got by WallStreet Forex Robot. The algorithm of the robot is developed by very successful forex traders who have experience in the forex market more than 25 years.

We've built a revolutionary, industry-first: REAL-TIME Settings Update System. You don't need to restart your robot to get the new settings anymore – you can decide how often the EA will check for new settings.

Another great benefit of WallStreet Forex Robot 3.0 is that it was designed especially for the most liquid, narrowest spread currency pairs: EURUSD, GBPUSD, USDJPY, USDCHF, USDCAD, NZDUSD, AUDUSD and EURJPY.

WallStreet Forex Robot 3.0 has an in-built HIGH SPREAD PROTECTION SYSTEM, which protects you from surprising losses at moments of very high market volatility.

Alongside standard options allowing you to use fixed volumes chosen by you in each deal and standard risk management with proportional lot growth, WallStreet Forex Robot 3.0 has a unique built-in algorithm which allows you to activate effective current drawdown compensation.

It is disappointing to have to close a position which has made good profits in the past at a loss, or worse - when it hits a stop.
We know just how disappointing this is. This is why we protect each WallStreet Forex Robot 3.0 position with a near-stop level that guarantees minimum profit immediately it becomes possible. Alongside this, a special algorithm monitors optimum closure of each position turning a profit.

Download
961 downloads
How to install
Warning! Executing the following cBot may result in loss of funds. Use it at your own risk.
Notification Publishing copyrighted material is strictly prohibited. If you believe there is copyrighted material in this section you may use the Copyright Infringement Notification form to submit a claim.
Formula / Source Code
Language: C#
Trading Platform: cAlgo
Download   961 downloads

Hi, WallStreet Forex Robot is paid product. In order to download and use it you have to buy it first. You can do this from our official website here: https://www.wallstreet-forex.com