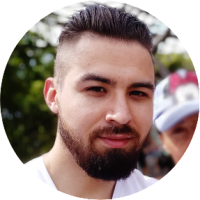 An indicator displaying bid and ask prices with configurable visuals. Such as line thickness, style, color, displacement, and shading the spread.

What Is Bid and Ask?

The term bid and ask (also known as bid and offer) refers to a two-way price quotation that indicates the best potential price at which a security can be sold and bought at a given point in time. The bid price represents the maximum price that a buyer is willing to pay for futures contracts, options, or currency pairs. The ask price represents the minimum price that a seller is willing to take for that same security. A trade or transaction occurs after the buyer and seller agree on a price for the security which is no higher than the bid and no lower than the ask.