Complete the development of a cbot using Renko and Median Renko indicators with Simple Moving Averages as triggers for trades with Ctrader platform.
The code is 80- 90% written, the code was written 2 years ago by a 3rd party when I was between jobs, unfortunately as soon as the cbot was written I started a new job and I didn't get the opportunity to test the cbot properly. I now have free time due to Rona and tried the cbot, it wouldn't work. I've contacted the original vendor who updated the API, I've tried to run it and it wont trigger a trade, after some back and forth via email I've been told the project has fallen outside the support window and the vendor is no longer able to assist and suggested I seek another 3rd party to assist in completion of the project.
Expectations of the bot,
- to use either the Median Renko or Renko indicators
- 1st trade condition - to use either a crossover of two moving averages as a trigger or a single moving average, that is when the renko bars moving above or below the moving average
- if the above two variables are too complex to be integrated in the 1 bot then I'm happy for multiple bot's to be created, e.g. Renko with single average, Renko with 2 moving averages crossover, Median renko with single average, etc etc
- 2nd trade condition - to use the bricks or bars of the Renko indicator once crossover has happened, e.g. 2 bricks above crossover to trigger the trade, 1 brick above crossover to close out the trade, it will be the open/close spread if you like, using the closing price of the brick
- it will need stop loss options (yes/no), trailing stop loss, and take profit options
- will also need bar size option, I run anywhere from 2 pips to 300 pips for the USD Gold pair
- the above two points are already written into the code as well as number of other attributes
- the Median Renko indicator is proprietary software, I have a license and there is a 14 day trail version that can be used for testing purposes, if this isn't possible I'm happy to work through this with you

- I will need evidence that you have tested the bot and it will initiate and close out a trade, the original vendor was unable to do this

- Payment via PayPal. All code required. All rights for the further sale of the product. 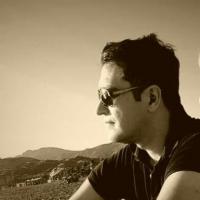 Thanks for responding, I've sent you an email.